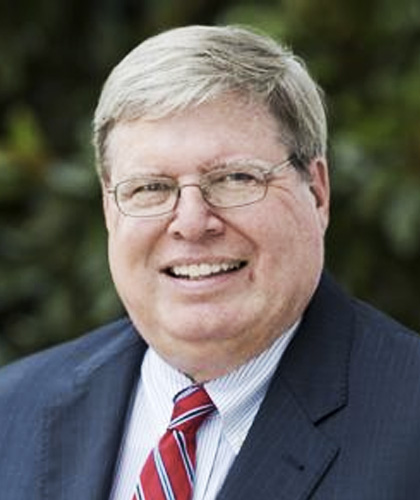 Dr. Ball's lab studies a variety of avian species that exhibit high degrees of neuroplasticity in response to hormone treatment. These studies are designed to investigate both how hormones act in the brain to affect the learning and activation of behavior and how behavioral and other stimuli are processed by the brain to influence reproductive endocrine activity and the timing of seasonal reproduction. Current research activities include: (1) studies addressing how the neuroendocrine system integrates cues that regulate seasonal reproduction including photoperiod and supplementary factors that augment the photo-induction of gonadal growth, such as the perception of conspecific vocalizations; (2) investigations of seasonal brain changes and neural sex differences mediating bird song learning and production; (3) studies of the interaction between dopamine and the steroid metabolizing enzyme, aromatase, in relation to the activation of male reproduction behavior in quail.

Gregory F. Ball became Dean of the College of Behavioral and Social Sciences (BSOS) at the University of Maryland in the fall of 2014. In this role, he oversees one of the largest and most academically challenging colleges at the University, with more than 6,000 undergraduate students and more than 800 masters and doctoral students. BSOS also is home to four of the University’s most popular majors: criminology and criminal justice, psychology, government and politics, and economics.

Dean Ball also maintains a research lab in the Department of Psychology. As a highly accomplished scientist, he has amassed more than 200 research publications. Dean Ball focuses his research on the interrelation of hormones, the brain, and reproductive behavior, studying both how hormones act in the brain to modulate the learning and activation of behavior and how behavioral stimuli are processed by the brain to influence endocrine activity and the activation of social behaviors. His research continues to be supported by grants from the National Institutes of Health. Previously, Dean Ball was Vice Dean for Science and Research Infrastructure in the Krieger School of Arts and Sciences at Johns Hopkins University (JHU), and also served as Director of the school's undergraduate neuroscience program.

Dean Ball earned a B.A. in psychology from Columbia University and a Ph.D. in psychobiology from the Institute of Animal Behavior at Rutgers University. He completed his postdoctoral work in Comparative Neuroendocrinology and Ethology at Rockefeller University. Dean Ball also has held faculty appointments at Rutgers, Boston College and JHU.

New Perspectives on Some of the Oldest Questions about Human Language

President Wallace Loh recently announced the creation of the Flagship 2020 Commission, which has been charged to create a road map to competitive excellence for the University. Ultimately, the goal of the Commission is to help the University become a top 10 flagship institution.

Dr. Ball's significant academic accomplishments include the production of more than 220 research publications.