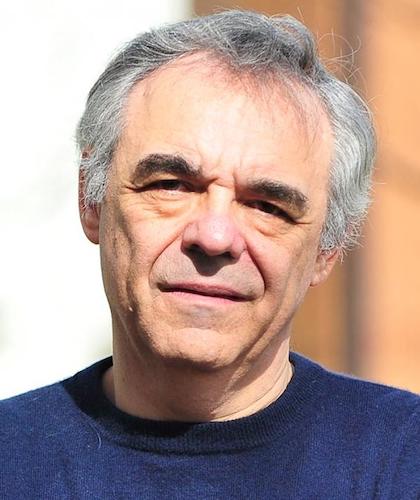 My primary scientific interest is in understanding the relationship between structure, dynamics, and function in complex molecular systems, like proteins. Our research spans molecular biophysics, nuclear magnetic resonance (NMR), biochemistry, and structural biology: The major focus is on two areas:

(1) structure and dynamics characterization of multidomain systems with the focus on the molecular mechanisms of the ubiquitin signaling system;

(2) development and application of new, robust theoretical and experimental approaches to protein structure and dynamics in order to understand their roles in protein stability and function.

Our research on intracellular signaling is focused on the ubiquitin-proteasome proteolytic system, the principal regulatory mechanism for the turnover of short-lived proteins in eukaryotes. We uncover the structural determinants of the molecular mechanisms involved in the recognition and processing of the ubiquitin signal and allow differently-linked poly-ubiquitin chains to act as distinct cellular signals (see On the Chain Gang, by Keith D. Wilkinson and David Fushman, The Scientist, July 2012 issue, pp. 40-45, http://the-scientist.com/2012/07/01/on-the-chain-gang/). We have demonstrated that the conformation of poly-ubiquitin chain depends on the linkage, and this provides the mechanism for differential recognition of alternatively linked chains. Our studies focus on the role of the structure and dynamics of poly-ubiquitin signals in their recognition by various receptors.

We are developing new, robust theoretical and experimental approaches to protein structure and dynamics. Our success in answering the challenging questions in protein signaling rests on the improvements in the existing and development of new methodology. We have developed accurate and efficient methods for determining the overall rotational diffusion tensor of a protein from spin-relaxation measurements and for predicting this tensor directly from protein’s structure. We have designed new experimental methods to measure 15N relaxation and the effects of relaxation interference due to cross-correlation between 15N chemical shift anisotropy (CSA) and 1H-15N dipolar interactions. We are developing a comprehensive approach, based on multiple-field measurements, that allows accurate analysis of protein dynamics and accounts for both rotational anisotropy and CSA variability. We have developed methods for structure characterization of multidomain proteins that rely on long-range structural information (diffusion and/or alignment tensors) and provide information on the relative positioning and orientation of the individual domains within a molecule or complex. We have developed new approaches to determine interdomain motions and orientation based on the overall rotational diffusion measurements. We have developed the Virtual NMR Spectrometer, a computer tool for learning/teaching NMR and for accurate prediction of the outcome of modern NMR experiments.

Ph.D. in Physics and Math.Sci., University of Kazan, Russia 1985

Professor, Department of Chemistry and Biochemistry, University of Maryland, 2008-present

Associate Professor, Department of Chemistry and Biochemistry, University of Maryland, 2005-2008