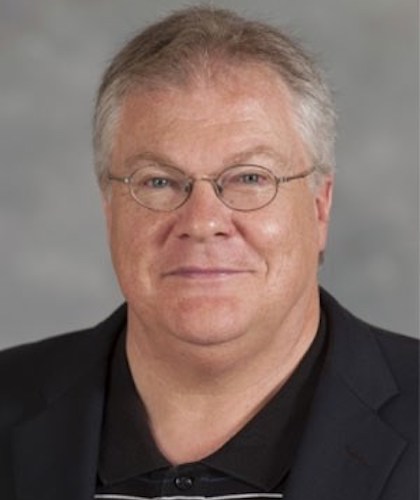 The investigative efforts of my research team are focused on the learning and performance of motor skills in human subjects from cognitive and affective neuroscience perspectives. More specifically, the influence of practice, expertise, mental stress, aging, and the social environment on brain processes are examined as they impact the quality of motor behavior. In addition, the role of physical activity and cardiovascular fitness is examined in brain health as associated with cognitive- motor learning and performance. As such, the primary areas of investigation include (1) brain dynamics underlying skilled motor behavior and (2) the influence of physical activity and exercise on neuro-cognitive function in older populations, particularly those at genetic risk for dementia. The measurement approach in these studies typically involves neuroimaging tools: qEEG, MEG, and MRI/fMRI.

Dr. Bradley Hatfield is Professor and Chair of the Department of Kinesiology and Associate Dean for Faculty Affairs in the School of Public Health at the University of Maryland, College Park with affiliation in the Neuroscience and Cognitive Sciences (NACS) program and a secondary appointment in the School of Medicine (Department of Epidemiology and Public Health).  He received his PhD in 1982 from the Pennsylvania State University where he was supported by the Research Council of Canada as a doctoral fellow following receipt of a Master of Science degree also from Penn State. In addition, Brad was awarded a Master of Sport Administration degree from the College of Business at Ohio University. He holds two bachelor’s degrees in Physical Education and in Psychology from the University of New Brunswick in Canada. His research is focused on: (1) exercise and brain health as well as (2) brain dynamics underlying cognitive-motor performance using various techniques such as electroencepahalography (EEG), event-related potentials (ERPs), magnetoencephalography (MEG), and functional magnetic resonance imaging (fMRI). He has published in a number of scholarly journals including Neuroimage, Cerebral Cortex, Psychophysiology, Biological Psychology, Medicine and Science in Sports and Exercise, Neurobiology of Aging, Experimental Brain Research, Exercise and Sport Sciences Reviews, Journal of Gerontology, Journal of Sport and Exercise Psychology, Journal of Clinical Neurophysiology, and others and holds membership on the editorial boards of the Journal of Sport and Exercise Psychology, Psychology of Sport and Exercise, and Sport Exercise and Performance Psychology, while also serving as a reviewer for the National Institutes of Health (NIH), the National Science Foundation (NSF) and numerous journals. Dr. Hatfield’s research efforts have been supported by the Department of Defense – Army Research Office (ARO), and the NIH as well as the U.S. Army Research Institute for the Behavioral and Social Sciences, the American Heart Association, the Erickson Foundation, and the Johns Hopkins University Center for Health and Information Technology. His current research is focused on 1) the assessment of cognitive load during motor performance (funded by Lockheed-Martin Corporation) and 2) the interactive role of physical activity and genotype in cognitive function. Dr. Hatfield served as president of the North American Society for the Psychology of Sport and Physical Activity (NASPSPA) and the Mid-Atlantic chapter of the American College of Sports Medicine from which he recently received the Honor Award (2013). He is a fellow of the National Academy of Kinesiology, the American College of Sports Medicine, the Research Consortium of the American Alliance of Health, Physical Education, Recreation, and Dance (AAHPERD), and is a charter fellow of the American Association for the Advancement of Applied Sport Psychology (AAASP).