The news of actor Bruce Willis being forced into retirement by his diagnosis of aphasia has drawn new attention to the little-known communication disorder that University of Maryland researchers are working to understand.

The Department of Hearing and Speech Sciences’ Yasmeen Faroqi-Shah and Kristin Kay Slawson hope the star power of Willis, best known for roles in the “Die Hard” franchise and “The Sixth Sense,” will increase awareness of the sometimes devastating condition that impacts people’s ability to speak, read or write. 2.4 million Americans have aphasia, but only 7% of respondents to a 2020 survey by the National Aphasia Association had heard of the condition, which can be caused by brain tumors, infections, head trauma impacting the parts of the brain that control language—and most frequently, stroke.

More rarely, “primary progressive aphasia” occurs because of a neurodegenerative disease, a discovery that was made in the 1980s. The patient outlook and treatment approaches differ depending on the type of aphasia someone has, said Faroqi-Shah, an associate professor and director of the Aphasia Research Center.

“In people with stroke-induced aphasia, there is an improvement trajectory because the brain has plasticity; the extent of their recovery depends on the size of the stroke and the amount of speech therapy they are getting, but they do get better,” she said. “With the primary progressive aphasia, the brain is deteriorating, and therefore the primary focus is trying to maintain their communication abilities to the longest extent possible, and plan for the eventual decline that’s going to happen.”

Faroqi-Shah uses brain imaging to examine what brain changes occur before and after the aphasia interventions she develops, such as efforts to improve a person’s ability to speak in complete sentences compared to fragmented phrases, and retrieve words that match their thoughts. One center research project aims to improve understanding of the disorder as people age, and another examines how the experience of aphasia is different among bilingual individuals—a project running through 2023 that received $415,000 in funding from the National Institutes of Health.

The Willis family’s announcement said the aphasia “is impacting his cognitive abilities,” which could lead to a misunderstanding of the condition.

“It is possible Bruce Willis has a degenerative type of aphasia that may also have cognitive changes associated with it, but aphasia is by definition a language impairment and not a cognitive impairment,” said Slawson, a clinical assistant professor in the department and certified brain injury specialist.

Slawson has helped two patients with ties to UMD: Michael Settles, who graduated with a B.S. in finance in 1996, and Alyssa Fox, a former undergraduate student who is currently participating in the Hearing and Speech Clinic’s Return to Learning pilot program for individuals with neurological injuries.

Both Settles and Fox have stroke-induced aphasia, and say they have benefited greatly from their time in the Hearing and Speech Clinic.

“My experience in working with Kristin in the clinic over the years has been a very positive one. She has helped me with speaking in sentences with large words. She works with me with picture cards and putting words together in a sentence. She also has helped me with phonics,” Settles wrote in an email. “I have grown since I have been working with Kristin. I can speak now more in sentences. I can speak larger words other than ‘the,’ ‘cat.’ I can also read short paragraphs.”

Fox, who is working on regaining her ability to write, echoed those thoughts via Zoom, saying the clinic, “Helped me tons.”

It’s also helped her think about what she wants to do next, having been tasked with creating a potential nonprofit as part of the Return to Learning pilot program. Loving to travel but being unable to easily do so because of her current communication skills, she created a nonprofit whose goal would be to help people with aphasia get out into the community more, and help others understand that, as she said, “Young people have strokes!”.

She’s not yet sure if she will return to school, but knows she wants to raise awareness about aphasia and strokes, and is considering studying public relations.

Faroqi-Shah, Slawson, Settles and Fox all hope that Willis’ diagnosis will help set the record straight on aphasia, making people see, as Fox said, that people with aphasia are, “Not stupid; intelligent just the same.” 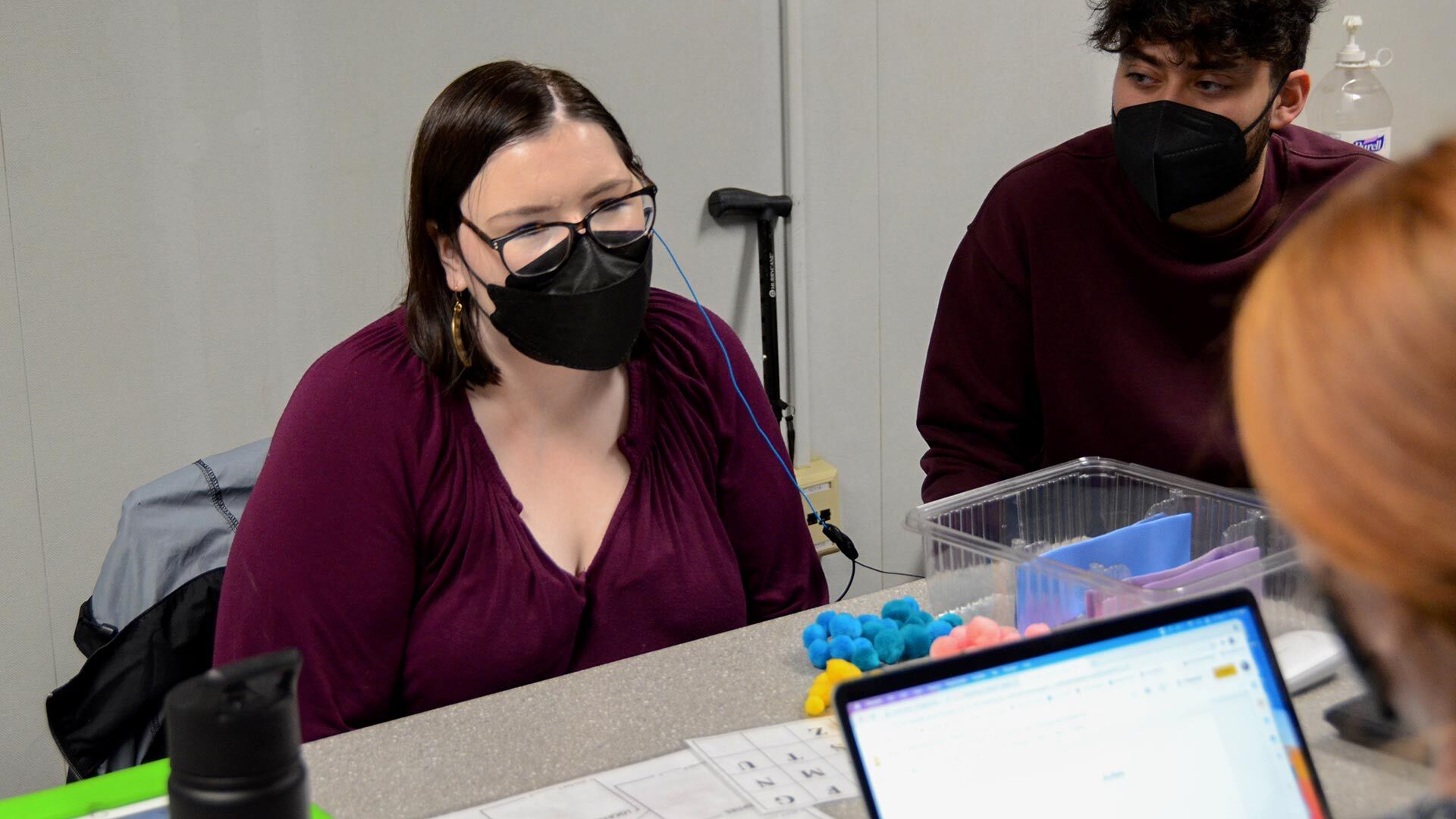 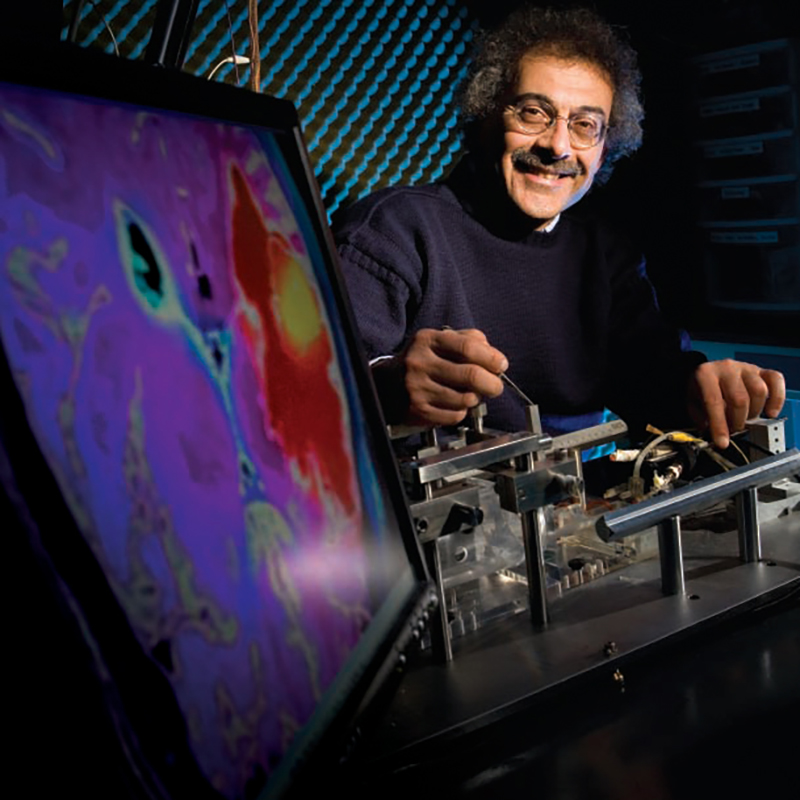 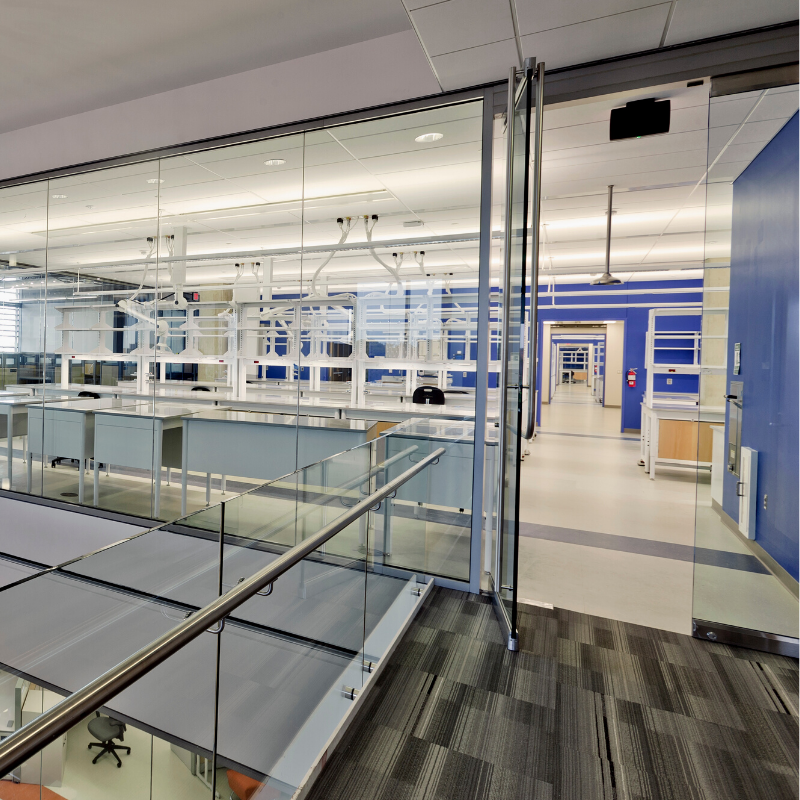