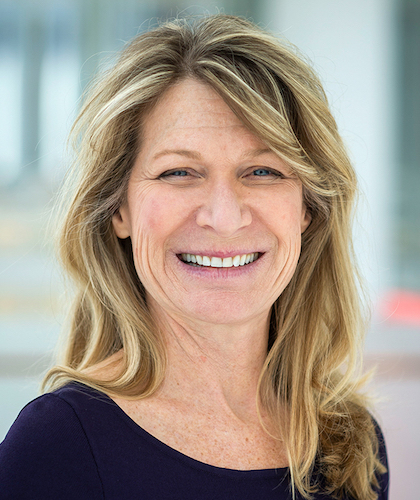 The goal of my research is to understand how experience differentially influences the juvenile versus adult mammalian brain.  A primary focus is the role of experience in the regulation of the visual system.  Pioneering work in the mammalian visual system demonstrated a significant decline in experience-dependent synaptic plasticity over the course of postnatal development. One of the severe consequences of the loss of experience-dependent synaptic plasticity is the inability to recover from form-deprivation amblyopia (Amblyopia ex anopsia) caused a unilateral congenital cataract.  If untreated, neurons in the binocular cortex become dominated by the unaffected eye, and resistant to recovery by removal of the cataract.  Recently we have developed a method (binocular visual deprivation through dark exposure) that allows for the recovery from severe amblyopia in rodents, even when a monocular occlusion is initiated immediately at eye opening and continues until adulthood.  This work was recognized with the 2010 Advancement of Science Award by the Neuro-Optometric Rehabilitation Association.  Currently, we are using a multidisciplinary analysis that includes electrophysiology, molecular biology, biochemistry, and behavior to characterize the functional consequences, and the molecular mechanisms, by which dark exposure promotes the recovery from chronic deprivation amblyopia.

Helmed by director Konstantin Cherkas, the new BBI-SAMRI will facilitate research at the intersection of biological imaging and analytical methodologies through non-invasive anatomical, functional and connectomic analysis.

The new Brain and Behavior Institute core will expand campus FIB-SEM applications to include biological tissue.

Welcoming Nate Underland as Associate Director of the BBI

In the new role, Nate will oversee the institute’s operations and communications.

Flashes Before Your Eyes: Non-invasive Visual Stimulation May Prime Cortex to Improve Vision

The state-of-the-art core will feature single-cell genomic technologies for applications in the nervous and immune systems as well as cancer.

Institute will build on existing strengths and elevate UMD neuroscience to national preeminence.

The discovery holds promise of future therapies for adults with visual deficits.

Five projects selected for inaugural round of funding.

The brain’s ability to make new neural connections can be restored in mice by blocking a protein that normally acts as a natural brake on neuroplasticity.

A new discovery by a University of Maryland-led research team offers hope for treating “lazy eye.”